Seweweekspoort - One of the most beautiful passes in South Africa, in close proximity of the breathtaking Swartberg Pass and Gamkaskloof as well as the quaint little town of Prins Albert in the Little Karoo. Peace and tranquility! Seven Weeks Pass winds for 17km through the mountains at a level of 600-1000m above sea-level. It crosses the stream 23 times, whilst the mountain slopes on both sides reach 1500 - 2000m. The magnificent vertical rock folds, reaching for the skies on both sides of the road, reflect the inconceivable forces of the volcanic eruptions millions of years ago, forming the chain of Cape ripple-like mountains.

The Eastern Cape with its abundance of Game Lodges and conservancies. Malaria Free. Including the fast expanding Addo National Park and the Suurberg wilderness area.The Eastern Cape's tourism sector is pitching to align its Big Five game reserves with the popular Cape Town and Garden Route international tourist destinations.

The Northern Cape - where, in a matter of days, the extremely harsh, dry and burning landscape can transform into the biggest colour spectacle of the world.

Sutherland - One of the chief reasons why anyone visits Sutherland can be found 18 km outside of the town in the direction of Fraserburg; here the largest telescope in the Southern Hemisphere namely SALT (Southern African Largest Telescope)introduces visitors to the mystic world of celestial "tourism". Over the next several years, South Africa and its German, Polish and American partners propose to build the largest single telescope in the southern hemisphere, with a hexagonal mirror array 11 metres across.

The Karoo: When visitors to South Africa decide to explore the Western Cape a discerning few find themselves in the Great Karoo, where the endless plains and blue mountains fascinate their imagination. The Great Karoo is one of the world’s most unique arid zones and is the home of peace and tranquility. People have lived on this harsh plateau, the largest of its kind outside Asia, for about 500 000 years. The little Khoi and San people who left their legacy as art on the rocks gave the Karoo its name. The place’s name comes from Karusa, a Khoi word which means dry, barren, thirstland.

The Waterberg in Limpopo - magnificent diverse landscapes, good wildlife sightings, good birding and private luxury lodges. Malaria free! Situated in the magnificent Waterberg Mountain Range of Limpopo, the Waterberg District is the ideal getaway where the weary traveler can relax in the great natural beauty of the bushveld savannah and its rich wildlife heritage.

The Drakensberg - The majestic Drakensberg is the country's highest and most impressive mountain range rising to over 3 000 meters. Known to the Zulu people as Ukhahlamba, or 'Barrier of Spears', the Mountains of the Dragon provide a magnificent semi-circular border between KwaZulu-Natal and the inland mountain kingdom of Lesotho. The watershed of the basalt peaks divide the rains and snows, some flowing westwards over the alpine plateau of Lesotho towards the Atlantic Ocean, and some down the frequently vertical slopes into KwaZulu-Natal, towards the warm Indian Ocean. The Drakensberg Range is the source of the Tugela River, the largest river in the Province, and it plunges some 2 000 meters over the edge of the Mont-aux-Sources Plateau in a spectacular waterfall. This waterfall, the Tugela Falls, is the second highest waterfall in the world. 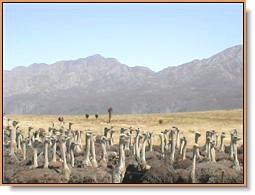 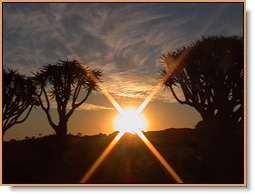 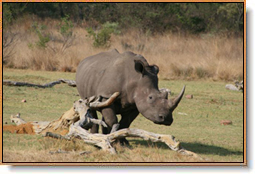 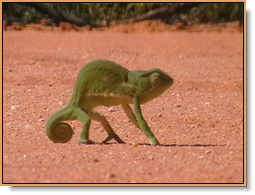 Who is looking at whom?
Ostriches, Oudshoorn, Little Karoo
African sunsets
Afro-Disiac?

I am watching you!

Namibia is a technicolor dreamscape. Its major game park, which centers on the Great Etosha Pan, offers an exceptional range and abundance of wildlife while the coastal region is one of the world's most captivating desert regions. In the south lies a canyon second in magnificence only to the Grand Canyon itself.